Our eleventh awards night was held on Friday November 22, 2019. See the winners and their winning entries below.

DAVID ECCLES, Indaily “I was the happiest kid in the world, and then I wasn’t” – The life and death of Andy MacQueen”

CAMERON ENGLAND and MATT SMITH, News Corp,
“From Kangaroo to Manus: A tale of two islands” 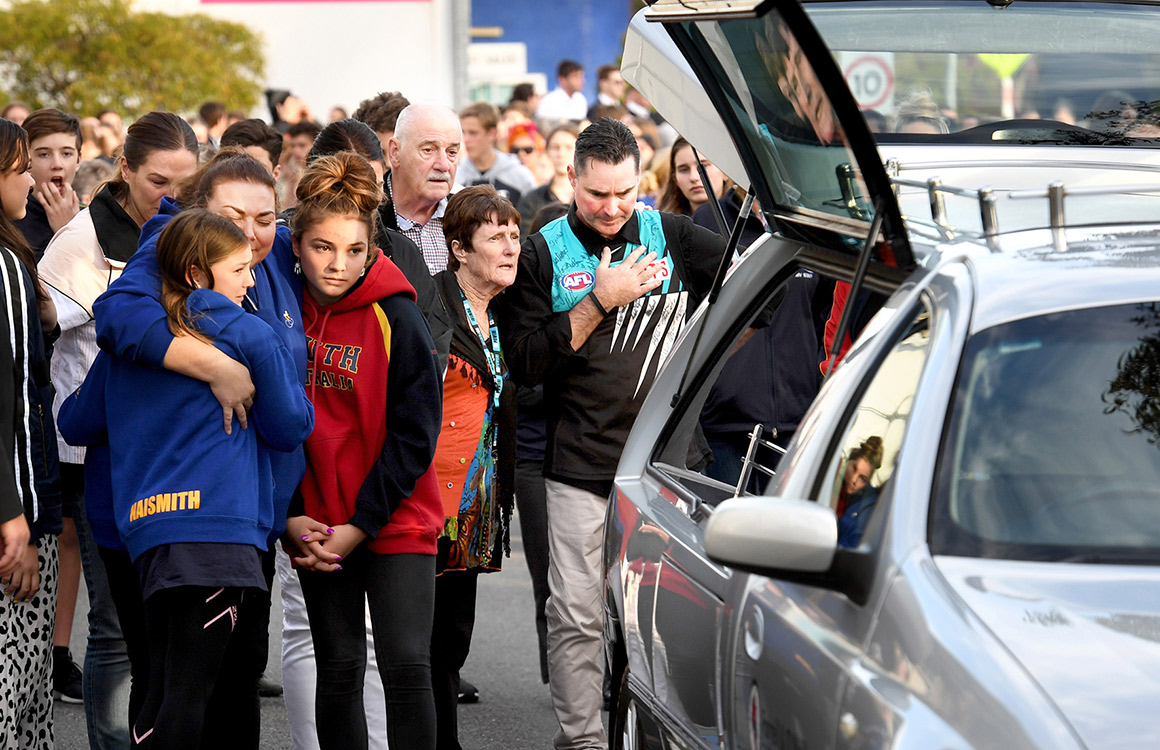 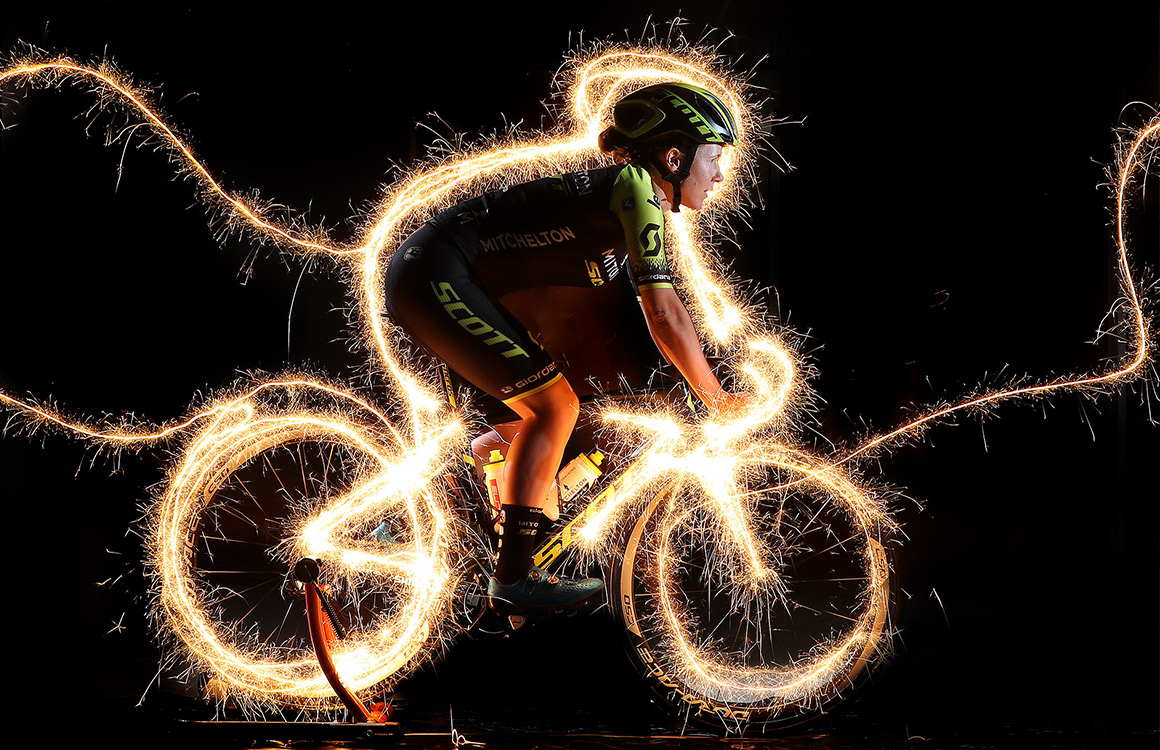 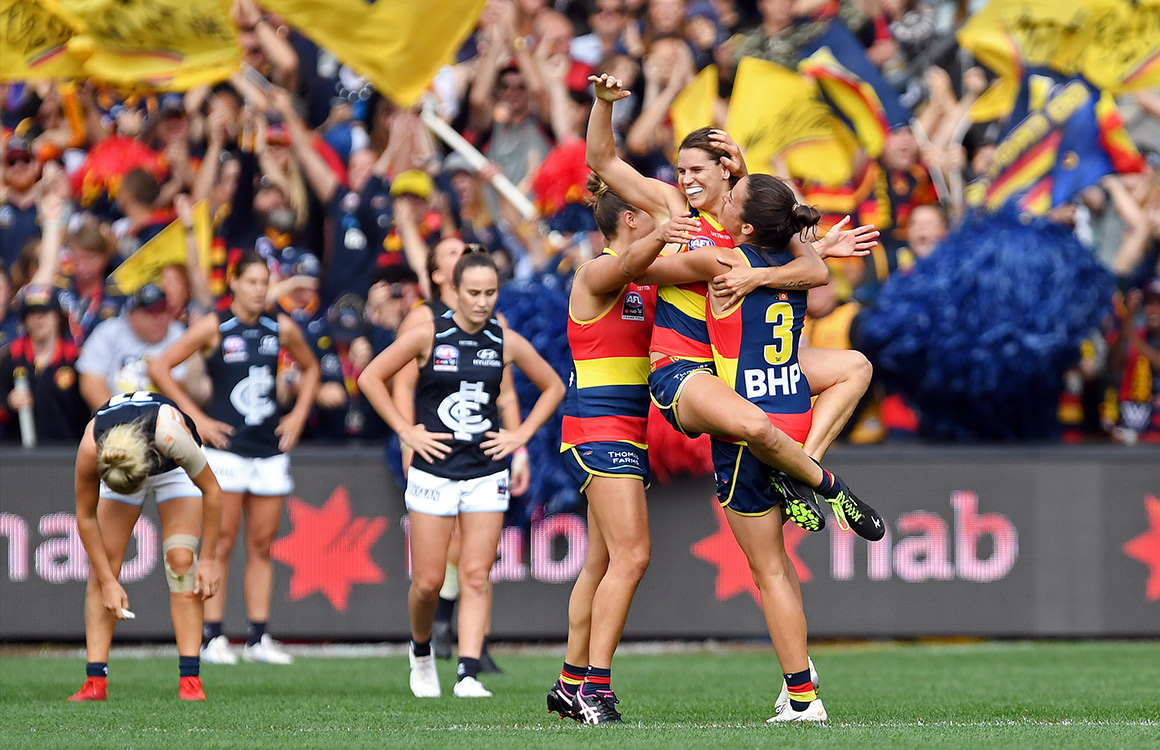 TRICIA WATKINSON, News Corp “Thunderbirds ready to break out of their nightmare”

JOHN WHISTLER,  AAP
“Brussell Pouts, so May left to find Brexit solution”
“Cracklin Rozee”
“An Aldi……but not a goodie” 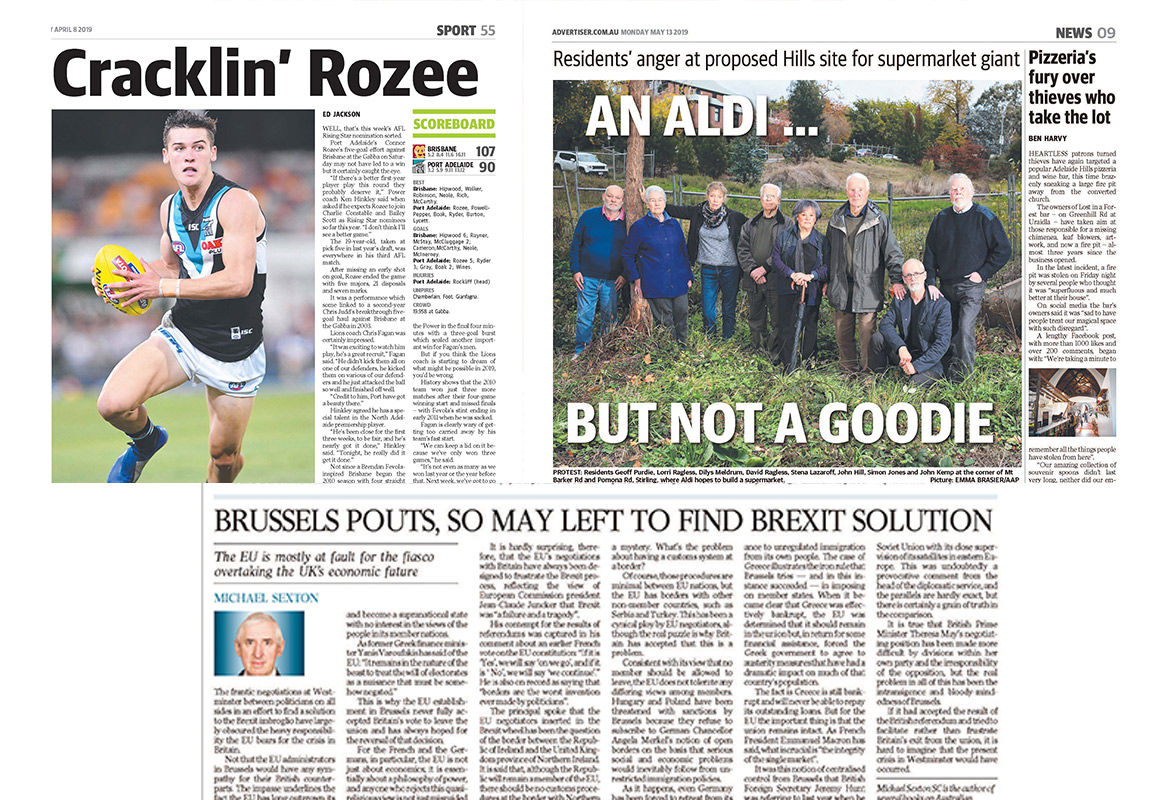 RAA Best Investigative Coverage of An Issue or Event Any Medium

The Advertiser/Sunday Mail, ”Fair go for our regions”

Network 10 Scoop of the Year in Any Medium

University of South Australia Young Journalist of the Year

“Thank you very much for this award. It is far beyond any recognition that I ever sought in during my career. A wonderful surprise and honour, just as my long life and long career have been surprises.

Most people during my mid career would have said, and indeed they did more than once, that I would come to a sticky end. The feminist thing. “ Now is not the time, Shirley” they would say.

I asked myself, “ if not now, when? “ A question most pesky radicals ask of themselves I suggest that question to you, even now, when good journalism faces so many challenges

It has been wonderful to witness the growth and maturing of women in journalism.

And I think with warmth and gratitude of the people who helped me, from Francis James on The Anglican in the 50s to Doug Jervis, Des Colquhoun, Don Riddell, and a few others. And the women who were there, such as the wonderful Sa Harris, and those who were not always in a position to support me. I understood. I was reckless, but always inspired by reckless women who had kicked over the traces before me. They too, asked themselves, If not now, when?

And I thank especially the newest generation of journalists here tonight who have thought to recognise those like me who went before. It is a lovely thing.

My warmest thanks to you all.”

Shirley Stott Despoja was a pioneer for women journalists through the 1960s, 70s, 80s and beyond. She was a fearless and sometimes fearsome advocate for that most important of journalistic qualities – honesty.

Shirley believed her readers deserved to be told the truth, even when it offended the powerful – Adelaide’s arts mafia, the blokes who ran the newsroom, even the advertisers.

A feisty feminist, she sought to achieve a better deal for women – in journalism, and in society generally. She never wrote what was then called ‘women’s news’.

Shirley Stott was born in Sydney in 1936. She planned to be an actor until a girlhood chat with the sister of famous Sunday Times journalist Phillip Knightley inspired her to pursue journalism.

She began her career at The Anglican, a small influential newspaper in Sydney, where she learned the importance of accuracy and clear writing – and where mistakes could be followed by a dictionary thrown in her direction.

She broke into bigger papers at the Canberra Times, writing news, courts, and arts criticism for a couple of years before moving to The Advertiser as a C Grade in 1960.

Shirley was the first – and that time only – woman in the general reporters’ room, although she came to see that there was only an illusion of equality there.

She was once told by former Advertiser editor Des Colquhoun: “You know if you were a man, Shirley, the sky would be the limit.”

For a while she returned to Canberra but after her marriage ended she returned with her two children, Natasha and Luke, to Adelaide where she resumed work at The Advertiser as a single mother, determined to strike an independent chord in coverage of literature and the arts.

Shirley became the first arts editor of the paper, and her forthright columns, independent thought, and passion for calling a spade a spade, earned her respect – and enemies.

She took on powerful elements in the arts sector at a time, under the Dunstan Government, when the arts were enormously influential in Adelaide.

She was also a strong books editor, encouraging and mentoring others such as The Advertiser’s current books reviewer Katharine England who recalls a strict but caring taskmaster.

Shirley ranged more widely in her Saturday column Saturday Serve. She had been traumatised by domestic violence as a child, and she took on that scourge as well as difficult topics such as incest, child abuse and indigenous injustice. She got death threats but continued regardless.

Shirley struggled with hearing loss in her adult life, but, again, that didn’t stop her working. Remarkably, Shirley continue as a journalist until 2018, when she ended her regular column, often focussed on issues for older Australians, for the Adelaide Review.

But while the topics may have changed in her career, her willingness to speak her mind did not.

Speaking up and out, criticising the powerful, is tough. It is wearing. But it is also what leadership is about.

Journalists are a cynical lot. We question just about everything. But there’s one thing we as a profession should never doubt – and that is the value of what we do.

Shirley believed that even when it was hard, it was important and therefore worthwhile.

She inspired others, especially women. She was a leader in our craft.

We honour her tonight.

Shirley can’t be with us, but I would call on her daughter Natasha Stott Despoja to accept this lifetime achievement award.